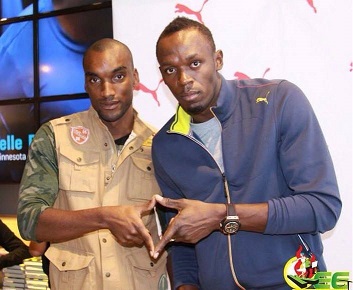 Nollis Sylbier Dewar is an actor & model in Los Angeles, California. He is best known for his role as Jared in “The Shift Rising” and his role in “Rebellious” in which he portrays Alex the brother of a female who is raped by his best friend. In the film “Too Far Gone” the young actor portrays Rashaun a spiritually confused Hitman who believes there is much more to life than killing innocent people. Nollis also stars in the “Pepper Pot” a dramatic Television sitcom in which he plays a Caribbean waiter. Commercially Nollis has worked with Nothing Films, Spears & Arrows Production Company to produce major commercial advertisements. Nollis was born in Montego Bay, Jamaica to father Myron Dewar and mother Juliet Reid. He is the oldest sibling of five sister and four brothers. Whilst growing up in Somerton, St James, Nollis admits to his life being extremely challenged and difficult and sometimes filled with depression. The change in his life came when he was adopted and moved to the United States in 2001 which allowed him to seek better opportunities for himself. It was whilst at “UNA” Nollis took a few drama courses and was cast in one of Shakespeare most famous plays “Hamlet” As Horatio. Once Nollis caught the eye of Kathy Lee Gifford her advice to him included becoming a model. His first commercial for the Tom Bradley International Terminal at the Los Angeles International Airport served as a major springboard and he has since been featured on a number of magazines including the Bajun Sun Magazine, Blue Life Magazine and  Episteme Magazine to name a few. Nollis is now a member of the Caribbean American Repertory Theatre West in California and has created a non-profit organization in his hometown in Montego Bay, Jamaica. “La Familia Movements” The objective is to lend to the creation of positive change in the lives of the children in Montego Bay, Jamaica.