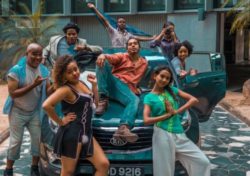 Apart from serving as an Assistant Professor at the National Academy of the Performing Arts (NAPA), Marvin Ishmael is also known for his works in many Canadian television shows and the aclaimed Broadway Musical ‘Bombay Dreams”, one of his more familiar works. Marvin has written sixteen plays all produced in Canada and the USA, and is a recipient of the Chalmers Award for “Forever Free” and the Dora Mavor Moore Award for “My Father, My Hero”. As an actor Marvin is best known for portraying Mr. Bhandari on Degrassi a popular Television show that dealt with the challenges of teenage life, from personal issues, such as poor self-image and sexual identity, to social issues like peer pressure, bullying, and teen pregnancy.  . He has acted in many other Canadian television programs such as Rookie Blue, Republic of Doyle and Due South. 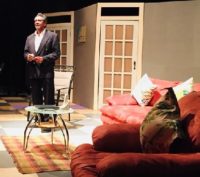 His most recent production was ‘Look Twice it’s Your Wife’ which was a well put together comical look at the story of a man who lives a double life and becomes a national hero thrusting him into the spotlight. His works at NAPA is serving well to help many of the young talent in the acting programme develop their skillsets in the discipline.