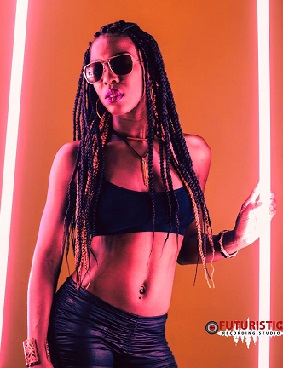 The accomplished Nekisha Cyrus is professionally known in the entertainment industry as Neicy'.  Musically she has been doing music for the past decade and professionally for the past 7 years. But she does remind “I am also a Trinidadian Singer, Songwriter, Model, Actress, TV host, Writer and "Blogger”.

Neicy is a previous 3 times # 1 title holder on the Top 12 Indigenous charts for her songs- 'Control', 'Could it be Love' and 'Holding On'. Her many major performances include the Tobago Jazz Festival 2014 (Northside jazz), B-mobile Soca Spree 2014 (Tobago), Soca under the Saaman Tree 2014 (Tobago) and the Synergy TV 'Indigenous artiste week feature just to mention a few.

Labelled by her peers as the ‘Singing Fashionista’, she has also modelled and does Print, Fashion and Commercial modeling. Some interesting facts about Neicy include her rich pageant history. This includes 4th- Miss Carnival Queen Gasparillo (2006), 3rd- Miss Republic Queen 2009 and Top 20 finalist 'Miss La Reine Reine' 2013. Neicy also holds a BBA in Management and Entrepreneurship.

Her latest release ‘BODY’ has already been creating some serious buzz online and the airwaves, and she hints that this is only the beginning. Produced by Futuristic Records and written by the talented songstress, ‘BODY’ is an infectious up-tempo Afro-Beat & Dancehall fused track with a Caribbean Pop sound. Neicy says that the sultry track is a message to all females, encouraging them to embrace being ‘Sexy’