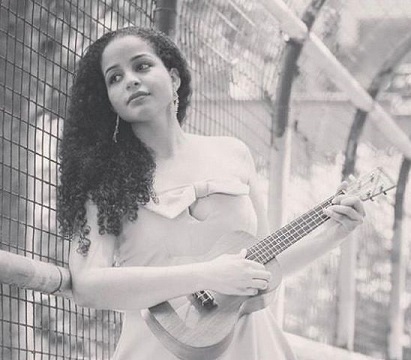 The soulful Monique La Chapelle is a Singer-songwriter, Musician and Composer from the beautiful twin islands Trinidad and Tobago. She began writing songs at the age of ten and by the age of twelve she was performing her original music on stage with her teenage Pop Rock band “The Flick”. Having grown up in the performing arts, she is an experienced vocalist who captures her audience excellently. Some of her musical influences are Adele, Norah Jones, Amy Winehouse, Nina Simone, Shania Twain, Jewel, Steve Perry, John Mayer, Maroon 5, Heather Headley, Alicia Keys and Bob Marley.

In 2015 she ventured into a solo career path and released her first single “Eviction Notice” that remained at #1 for 6 weeks on the Caribbean Indigenous music charts. Eviction Notice also made it to the Semi-finals of the International Song-Writing Competition. She recently released two new songs thus far in 2020 called ‘Code Blue’ and ‘Know My Name’. Monique is currently pursuing a Degree in Musical Arts at The University of the West Indies, St. Augustine Campus. The young musician hopes to pursue an International Career as a Singer-songwriter, Musician and Composer. Monique is a passionate and career driven individual with a desire to inspire everyone she meets and she thoroughly enjoys performing music that lifts the hearts of her audience. Her genres of music are Alternative, PopRock, Soul, Jazz, R&B, Funk and Ballads. She is currently working on her first studio album and hopes to release it before the end of 2021. Apart from her musical career she began teaching Piano and Music Theory in March 2016 and she continues to be a strong advocate for Musical Education development in both children and adults.