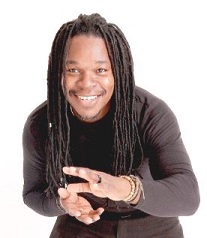 Shem Meluce is the talented St. Lucian artiste behind the inspirational single “Lead the Way”.  Shem is an avid songwriter, musician, singer and producer. A self-proclaimed social activist through song, he pens and sings about the issues of the present society and presents Christ as a pathway to betterment and positive change. At 8 years old he discovered his skills as a songwriter when he wrote his first song, which was sung by a local church group at a Christmas event. He would later compose songs for weddings, dedications, baptismal services and graduation ceremonies. He is also a self-taught guitarist, and has written songs for the band United Brothers for Christ (UB4C), a group of devoted young men from the west coast community of Laborie. They perform the concert and gospel festival circuit at home.

As a well known gospel artiste he does the gospel festival circuit in the British Virgin Islands, Bahamas, Senegal West Africa, England and USA. His conscious lyrics speaks of redemption, faith and inspiration intertwined and delivered with a blend of  Reggae, Acoustic and Zouk rhythms. Shem’s debut album, “Out of the Shadows”, was released in 2009, and featured several fan favourites and pre-released singles. Several Saint Lucian producers collaborated on the album which was received with acclaim and much airplay locally, regionally and internationally. His past nominations include nominee for Album of the year, Song of the year and Contemporary Vocal Performance of the Year-Duo/Group categories at the Caribbean Marlin awards. In that year he was successful in copping the Pop Recording of the Year award. Shem hopes to continue to sooth the hearts of listeners with his messages.