Emerging from the hills   of Cocorite, St. James, there lived a farmer. But he was not your typical   green-thumbed agronomist, ideally raising several crops or livestock. No,   this farmer is determined to raise peace and tranquility among the warring   factions that are hell bent on causing terror. And his armor is stocked with   ‘banana clips’ of different calibers. No overalls for Fire Farmer, Jameel   King who grew up in Belmont and is hell bent on making a difference in his   adopted community of Cocorite, Port of Spain. He is doing so through the   medium which is most familiar to him: music. From his formative years involved   with the Kilimanjaro School of Arts and Culture in Cocorite, Jameel was   introduced to the tenants of the industry. With a solid foundation   established, he became actively involved in the family deejaying business   ‘Blackheart AO (Alpha & Omega). Encouraged by his mentor in the project   Deejay Dane to further his musical skills, Young Farmer went on to become   certified in digital and sound engineering and deejaying himself through the   Institute of Broadcasting Careers. Deejaying introduced Farmer to many local   groups, bands, artistes and musicians and he picked up as much as he can from   them, from song structure, tempo, rhythm, timing and production. He then   decided to become a musician himself after his younger brother Ras-Star   (Kamaul Franklyn) emerged as the winner of Synergy Soca Star in 2011. 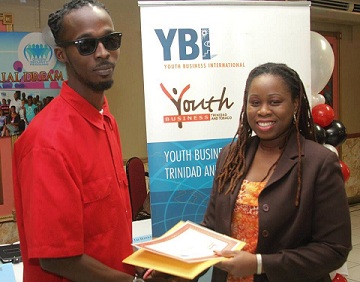 It was   through him that young Farmer got a glimpse of a career in entertainment and   the One Drop Movement was born. Now standing at the helm of the Movement,   Farmer utilizes many of his marketing and managerial skills to promote an   impressive roster of artistes below him. He is also actively involved within   his community as he is the Youth Officer of the Citizen Security Program. As   many as five hundred youths have been able to access information in many   profitable areas such as agriculture, computer literacy and repairs, disaster   response, micro and small business development, peer education, media   literacy and basic literacy. Farmer is first and foremost a very gifted   musician and already has a full album, The Life of King Jameel 1st’ featuring   several up-coming artistes. Several tracks from the album such as ‘Me Don’t   beg friend’ which was released on Tempo with an accompanying video for 2013   was highly acclaimed among his peers. Released just in time for Carnival   2k14. Under the Blackspear banner he has released ‘Endorse’ with fellow   ‘spear-mate’, ‘Mr. Marvelous. He currently has nearly 15 songs under his   belt. Fire Farmer has also ventured into other media forums with the debut of   ‘Fig Clip: The Movie”, and indie community spoof in which he co-wrote,   co-produced and directed. The soundtrack of the ‘yet-to-be-released’ short   film features several other acts from the label, a collaborative effort   between both One Drop Movement and Blackspear Music. So what advice does this   extremely busy, quite gifted individual has for others who want to blaze   their own path? “Work hard, don’t become distracted by what others has to say   and always strive to be the best.” Jah set us on a particular path and it is   very difficult, but we must not turn our back on what lies ahead.”

Rise of the Farmer