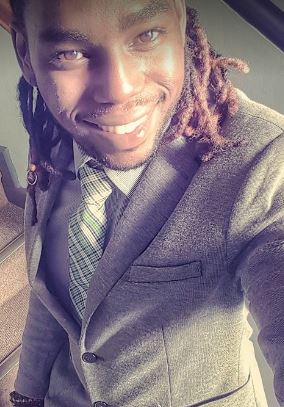 Caribbean born rapper from the beautiful Island of St. Vincent and the Grenadines, Gary Kashif Bynoe; goes simply by: GB. Born June 30th 1990, Gary has always had a fascination with the arts; Drawing, painting, poetry, short novel writing, even published in a local magazine FAIZE in 2009. His song writing began at the age of 12 when he was already deep in poetry and the fascination for rap began soon after, honing and improving that craft ever since. Baptized at the age of 15, GB started developing the spiritual gift of teaching the word and growing in it with his first open air preaching opportunity at 19 at a primary school in Sandy bay, 2009 while aiding American missionaries with ministry. He has since had several other preaching engagements.

GB was also the co-founder of Spoken Word SVG at age 23, alongside Chad and Crystal Greaves, and has since then been involved in discipleship and evangelistic movements. Full time pursuit of his music ministry began shortly after participation in the Barbados 2017 Gospel Fest 25th anniversary, annual showcase where songs from the 2017 project "Revelations of the Heart" were performed on a stage shared with the likes of Sinach and other popular local gospel artists. He later performed in Bartica, Guyana that year for a missionary fund raiser along with other local events in SVG. G.B was also nominated in four categories by the SVG AMP awards 2017 including: Gospel single of the year, best music video, songwriter of the year and Hip-hop/R&B single of the year, securing the award for best Hip-Hop/R&B single of the year: Sovereignty. He has since made appearances locally in events hosted by several churches, including the likes of Torell Doroaz and Hayden Billingy. Gary continues to aim to reach this generation through Holy Spirit inspired rap, creatively intertwined with the Word of God to "bring forth the only truth that can save lives for all eternity". Apart from music, He enjoys mentoring at the Liberty boys lodge in Green hill, the Guadeloupe Center for Girls, in Mesopotamia as well as motivational speaking engagements with popular radio announcer, Charles "Colombian the Voice" Villareal.