Yolanda T. Marshall is a Guyanese-born Canadian Author who writes in various genres. The oldest of three girls, she began writing poems at the age of 8 years-old. A daughter of a talented Jazz Guitarist, her lyrics manifest into poetry, like a genetic code. Poems such as “Serenaded in New York,” “Delia Sings the Blues,” and “Single Rose” flow on a mellow Jazz-like note. The name of her first book, “Obayifo,” originates from the Ashanti tribe. It is the name given to an African Witch. This poetry book was published in 2008, while Yolanda attended the University of Toronto.

She was inspired to write her second book, a children’s book named “Keman’s First Carnival,” after becoming a mom. This 2016 publication is about a young, Black Canadian child’s first experience of Toronto’s annual Caribbean Carnival. The excited 8-year-old and his Mother enjoyed the rituals at the Caribbean celebration, such as picking a flag to wave, the Caribbean influenced foods, dancing, costumes, and music. The Author’s third release, “Messages on Dried Leaves,” is a mild resurrection of the Author’s first poetry book, ‘Obayifo.’ This book is also a poetic collection.

In 2017 “A Piece of Black Cake for Santa,” was the Author’s second Children’s book published.  This publication itself triggered a new edition, illustrated by a South African Illustrator, Subi Bosa, published in 2019. In 2021, this title was adopted by Chalkboard Publishing. This book illustrates the holidays’ experience of Femi and her friends, who planned to leave a few traditional Caribbean treats out for Santa, including Black Cake. The children share warm wishes for their favorite dishes while enjoying winter activities at the Christmas fair.

Miss Marshall’s 2018 release was “Sweet Sorrel Stand.” In this children’s book, Rose and Nicolas loved their favorite Caribbean sorrel drink so much. The siblings decided to create a sorrel stand with the assistance of their parents. Their Sweet Sorrel Stand was a success in the neighborhood. The main ingredient of the drink is the Roselle plant (Sorrel), a species of hibiscus that is native to West Africa. The red flower buds are boiled, strained, sweetened with sugar, with a touch of ginger, cinnamon, orange peel and cloves. Mirroring what a Caribbean drink would look like on a hot summer day, it serves as a refreshing alternative to lemonade. 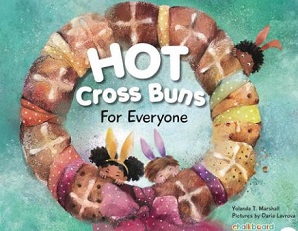 In June 2019, the Author launched “Miles Away in the Caribbean.” This children’s book is a poetically written story about a Canadian boy named Miles. In his magical spaceship, he visits Antigua and Barbuda, Bahamas, Barbados, Belize, Dominica, Grenada, Guyana, Haiti, Jamaica, Montserrat, Saint Kitts and Nevis, Saint Lucia, Saint Vincent and the Grenadines, Suriname, and Trinidad and Tobago. Miles highlights magnificent landmarks and enjoyed his cultural adventures.  Her next works “My Soca Birthday Party: with Jollof Rice and Steel Pans” is one of CBC’s best picture books of 2020. A story about based on a girls celebration of her special day with a fusion of sounds and traditional dishes from Caribbean and African countries — a representation of the diverse yet comparable cultures.

“C is for Carnival,” was published in 2021. D is for dance! E is for emancipation! From A to Z, this is a rhyming alphabet book that celebrates Canada’s Caribbean Carnival. This engaging and educational book features a diverse cast of children in vibrant costumes as they ‘play mas’ while dancing to Soca and Calypso music. A glossary at the end makes it easy for readers, including parents and teachers, to review what they have learned.

Much is now expected from her 2022 Easter release “Hot Cross Buns for Everyone.” A story of Jackson’s friends and their families baking assorted hot cross buns for his Easter party with ingredients from places such as Scotland and Greece to name a few. click HERE for more