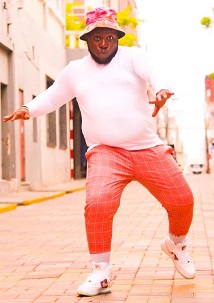 Johnoy J Davis (Jahnoi), formerly known as Minister Godartiste has been a source of inspiration to many across the world through the messages he has coined in his songs. He releases new music with relative ease which relays messages of hope, joy, love, freedom and peace. His music is highly influenced by his life experiences and he also believes that negative experiences can be used to coin messages of hope that can be used positively.

Jahnoi’s past and current track record is well supported by his works as a Volunteer at Youth for Christ Jamaica and his exposure as a Voice Student at Edna Manley College of the Visual and Performing Arts (EMC). Some of his more popular hits included “Don’t leave me”, “He did it again” and “One Day” to name just a few. In terms of meaning a “Jahnoi” is a man who you will be lucky to meet. He is an optimistic person who sees the good side of things and accepts life as it comes. He is constantly changing and evolving. Profile pic by UNEQUE