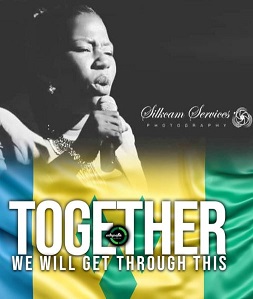 Alyssa LaBorde bearing the sobriquet Alyssa, released her debut single “I Wanna Be Christian”. The Vincentian songbird saw this as an opportunity to share with the world her love for music. Her song I Wanna be Christian itself won her the title of Sing It Like the Stars (SILS) Champion in 2019. A competition organized by the Arch City Entertainment Management Agency for upcoming singers. Alyssa stole the hearts of the judges and the audience as she emerged the winner over 6 contestants. The upbeat single was written by Alyssa and produced by Arch City Records, and composed, mixed and mastered by Meriaha St. Louis. “I Wanna Be Christian” speaks of her desire to be Christian above all else, despite the broken promises and dreams that made her sometimes doubt what God has placed in her. She is devoted despite the many times she was told to give up on her dreams. The song offers hope to the listener to trust in God and not what they see, but to recognize the power placed in them and the strength of God. Alyssa is also an anointed worship leader and is quick to remind that “the strength God gives is better than anything you can ever possess. Be encouraged!”