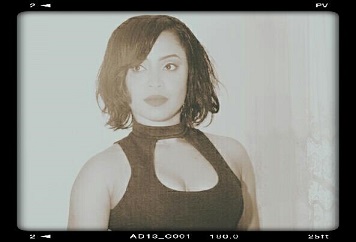 At age four Stacy Debra Natia Nurse showed interest in the Arts and was immediately enrolled in the popular music institute, Pan Pipers Music Academy. She studied and excelled in the areas of pan, piano, guitar and vocals. By age seven she was dancing with La Chappelle’s Creative Workshop where she procured the lead role in many productions such as The Pied Piper, Brown Girl and In the Sun. Upon graduating from secondary school with 21 academic awards, she was awarded a Yale scholarship to pursue Medicine. However she forfeited her scholarship and instead began a career in marketing and advertising at the innovative Abstract Magazine working her way up to General Manager. From there she again redirected and commenced her studies in Biology, Psychology and Music at the University of the Southern Caribbean. Other opportunities came and went and it was not long before she was again making inroads in rediscovering her first love for music and theatre.

It was whilst serving as the vocal coach at the Angelic Sounds Music School she began to create the local platforms that were necessary for showcasing the talents she was grooming. In so doing she launched the revolutionary approach to vocal and performance training via the Rosemand’s Vocal and Performance Academy; an establishment designed to discover, nurture, showcase talent and cultivate well-rounded professionals. Stacy believes she is now well poised to make her contribution to the world and the education of the Performing Arts. Projects under her belt include the launch of her film production company: Rose Petals Productions with noted projects such as “The Pink Ego” and “It’s a Hard Luck Life”. She lists Radio Presenter/Playwright Dr. Eugenia Springer as one of her mentors.
For more on Talent like Stacy do click our Plenty Talent FB page